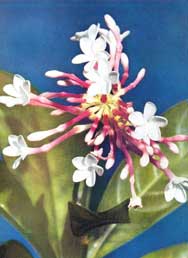 The Scope Of Pharmacognosy

Pharmacognosy is one of the five major divisions of the pharmaceutical curriculum, represents the oldest branch of the profession of pharmacy. The ancients gathered herbs, animals, plants, and minerals and concocted them into ill-flavored pungent mixtures. Innumerable remedies were known to the early practitioners of pharmacy and medicine, a fact indicated by the writings of Theophrastus, Pliny, Dioscorides, and their contemporaries. Thousands of plant and animal prod-ucts used for the treatment of ills were described by Dioscorides in his book "Dc Materia Medica." Of these a surprisingly large number are still of importance in modern therapeutic practice: Aspidium, Cinnamon, Ergot, Ilyoscyamus, and Opium were used in much the same manner as today. 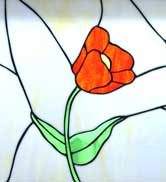 From this humble beginning medicine and pharmacy gradually emerged along separate paths: the physician diagnosing the ailment and prescribing the remedy and the apothecary or pharmacist specializing in the collection, preparation, and compounding of the substance. Thus, the term materia medica (meaning medicinal materials) was synonymous with the substances and products derived from natural sources and employed by the physicians of that era.

It was not until 1815 that the term Pharmacognosy was introduced by Seydler. This name is formed from two Greek words, pharmakon, drug, and gnosis, knowledge, and literally means the "entire knowledge of drugs." The most comprehensive idea of the scope of pharmacognosy was presented by Fluckiger, who stated that it "is the simultaneous application of various scientific disciplines with the object of acquiring knowledge of drugs from every point of view."

Pharmacognosy Embraces a Knowledge of History

In a broad sense, pharmacognosy embraces a knowledge of the history, distribution, cultivation, collection, selection, preparation, commerce, identification, evaluation, preservation, and use of drugs and economic substances affecting the health of man and other animals. Such economic substances extend beyond the category of crude drugs and their derivatives and include a variety of commercial products: allergens, allergenic extracts, antibiotics, immunizing biologicals, flavoring agents, condiments, beverages, insecticides, rodenticides, and herbicides. In a restricted sense, the definition of pharmacognosy implies a particular knowledge of methods of identification and evaluation of drugs.

As a part of the pharmaceutical curriculum pharmacognosy plays an important role as liaison agent between pharmacology and pharmaceutical chemistry on one hand and between pharmacy and pharmacy administration on the other. Pharmacology, like pharmacognosy, is an outgrowth of the old-time materia medica; it is easy to see the correlation of these two sciences concerning drugs of biological origin. The pharmacology student has a more complete understanding of the action of belladonna leaf if he is aware of the physical nature of the drug and its chemical constituents. Some of the laboratory procedures in pharmaceutical chemistry have miniature counterparts in the extractions and microchemical tests essential for the identification and evaluation of certain drugs.

Methods of collection, curing, drying, and assaying affect the price of drugs and, insofar as economics are concerned, pharmacognosy is intimately associated with phases of pharmacy administration dealing with prescription pricing. The relationship of pharmacognosy to operative pharmacy and dispensing pharmacy is obvious when one considers the number of plant and animal products handled by the pharmacist in this synthetic age. Because of his knowledge of drug constituents and their physical and chemical properties, the pharmacist is able to predict incompatibilities in actual compounding. In dispensing non-compounded prescription specialties, he is conversant with a vast store of information permitting him to confer intelligently with his fellow colleagues in the medical, dental, and nursing professions.

Taken from Gathercoal and Wirth “PHARMACOGNOSY” By Edward P. Claus, Ph.D. Professor of Pharmacognosy and Head of the Department, University of Pittsburgh School of Pharmacy, Member of the Advisory Panel on Pharmacognosy National Formulary (Third Edition, Thoroughly Revised 306 1956)